The Financial Journeys of Refugees: Charting a Research Agenda – Is Corruption a Relevant Framework?

In this post, Roxanne Krystalli and Kim Wilson, who collectively specialize in financial inclusion, gender and violence, and research methods in vulnerable settings, discuss some of the emerging questions that their research has identified at the intersection of forced migration, money, relationships along refugee journeys, and corruption.

In March 2016, Transparency International mapped the ways in which corruption affects refugee journeys across the Mediterranean. Key points to consider included bribes to border officials and landowners to allow refugees to pass, the role of smugglers, the use of fake life vests, and risks of refugee coercion by formal authorities and smugglers alike. Transparency International concluded, “fighting corruption is critical for mitigating refugee smuggling and ending the conflicts which are driving people to flee their homes.”

The Organization for Economic Cooperation and Development (OECD) further reinforces the view that the international community needs to fight corruption and “understand the intricate connections between corruption and refugee smuggling.”

Yet, our research has shown that experiences and interpretations of corruption may vary among refugees and the authorities that interact with them.

In July and August 2016, our research team conducted a research study on the financial journey of refugees: How do refugees amass, store, move, and spend the assets they need to finance their journeys of forced migration?

This starting point of our inquiry allowed us to explore an additional set of questions: What risks and opportunities do refugees identify along their journeys? How do refugees’ assets shape their relationships with formal authorities—such as police, border patrol officers, and humanitarian actors—and informal authorities affecting migration – such as smugglers and money transfer agents?

In this post, we discuss some of the emerging questions that our research has identified at the intersection of forced migration, money, relationships along refugee journeys, and corruption.

In subsequent posts, we will explore some of our findings in response to these lines of inquiry, based on 109 semi-structured interviews with refugees in Greece, Jordan, Turkey, and Denmark. These insights were complemented by observation at sites of displacement (including formal refugee camps, refugee sites in urban settings, and informal settlements), as well as consultations with humanitarian staff, interpreters, and other key informants who shape the refugee experience.

1. How do refugees conceptualize their relationship to smugglers, money transfer agents, and other informal authorities along the journey of forced migration?

While international organizations have framed smugglers as part of corruption networks, our initial research has suggested that the corruption frame—and, indeed, the language of corruption—does not emerge in refugees’ own interpretation of these interactions. Instead, our initial research has suggested that refugees frequently frame interactions with smugglers or informal money transfer agents as a livelihoods choice, as “the way things are done.”

2. What is the relationship between formal, informal, licit, and illicit networks in forced migration?

Our initial inquiry into the financial transactions underpinning migration—such as paying smugglers, interacting with money transfer agents, bribing officials, and transferring money between kinship networks or neighbors—has revealed that informal actors are essential to the functioning of this ecosystem. Informal actors are not synonymous to illicit, nor are their operations entirely distinct from formal systems of border control, finance, or humanitarian action.

We, therefore, ask: How do refugees move between formal and informal systems, and how do they make sense of regulations that affect their experiences? How do formal authorities—including border officers, police, and humanitarian staff—shape refugee experiences and their interactions with the informal system? How do various actors move between the formal and informal spheres in ways that affect the refugee experience? And, if corruption is defined as the abuse of power for personal gain, how can we make sense of experiences in which formal authorities use their power for refugees’ gain?

3. How do gender, family status, social class, ethnicity, and religion shape interactions with formal and informal authorities along the journey of forced migration?

Much existing work on refugees and corruption treats refugees as an undifferentiated category. Our research has suggested that both the access to assets needed to finance migration and interactions with formal and informal authorities along the journey are hierarchical. Refugees’ gender, family status, social class, ethnicity, and religion organize access to resources, affect relationships with smugglers, border patrol, police, and humanitarian staff, and shape perceptions of certain refugees as vulnerable or threatening in different contexts.

We, therefore, ask: How do men, women, boys, and girls have different strategies for accessing funds during migration, keeping assets safe, and moving them across borders? How are informal networks of smugglers and money transfer agents gendered and ethnicized? How do ethnicity and religion—particularly at sites in which refugees of different nationalities temporarily reside—shape perceptions of who is most in need of assistance or protection? How does gender and family status—such as whether refugees flee alone, or alongside heterosexual family units—affect perceptions of vulnerability or threat, and thus structure relationships between refugees and authorities?

An overarching theme in our research has been that inquiries about financial transactions in forced migration open up a window to understanding refugee livelihoods, decision-making, relationships with formal and informal authorities, and perceptions of formal and informal (as well as licit and illicit) systems that affect refugees’ experience. In our next post, we will preview some of the findings that map on to each of these areas of inquiry.

What questions would you add to better explore the corruption framing of a research agenda on forced migration, financial transactions, and refugee relationships with authorities? Roxanne Krystalli is the Humanitarian Evidence Program Manager at Feinstein International Center, Tufts University. She has worked as a researcher and practitioner at the intersection of gender and armed conflict in collaboration with various UN agencies and international organizations, including the UN Bureau of Crisis Response and Prevention, UNDP, UN Women, UNICEF, IOM, the World Bank, and the Norwegian Refugee Council in Egypt, Pakistan, Uganda, Sudan, Colombia, Guatemala, Mexico, and other areas. For her work, Krystalli has been recognized as a P.E.O. International Peace Scholar, Social Science Research Council Fellow, Ogunte Featured Social Innovator, TEDx speaker, and as a recipient of the Presidential Award for Citizenship and Service at Tufts University. She holds a BA from Harvard College, an MA from The Fletcher School of Law and Diplomacy, and is pursuing a PhD on the politics of victimhood in armed conflict at The Fletcher School. You can find her on Twitter at @rkrystalli. Kim Wilson is a Lecturer at The Fletcher School of Law and Diplomacy. At Tufts, Wilson is senior fellow for the The Council on Emerging Market Enterprises (CEME) and a visiting fellow for the Feinstein International Center. She is a former academic director of The Fletcher School Leadership Program for Financial Inclusion, and on the board of The Hitachi Center for International Affairs. She won the James L. Paddock For Excellence in Teaching in 2009. Prior to joining Fletcher, Wilson directed the global microfinance operation for Catholic Relief Services (CRS). Wilson regularly takes on field assignments for organizations such as the United Nations Development Program, World Bank (CGAP), Bankable Frontier Associates, The MasterCard Foundation, and the Aga Khan Foundation. She is a co-founder of Lean Research, an approach for rigorous, respectful, relevant, right-sized research in vulnerable settings. Wilson and Krystalli have most recently co-directed a study on refugees’ experiences in Greece, Jordan, Turkey, and Denmark.

Finding My Way Around the Corruption System with a Map: Mapping the Effects of an Intervention and Extending Systems Mapping to New Areas 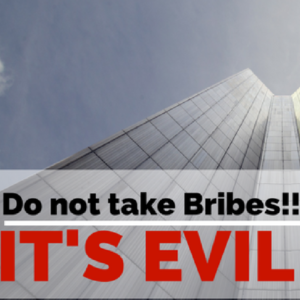 Framing Corruption: Do Our Frames Limit Our Effectiveness?